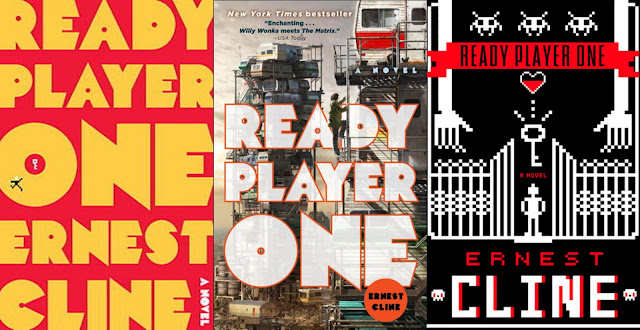 Synopsis...
Its the year 2044, and the world is a pretty bad place. So bad in fact that most people spend the majority of their day. Not in the real world, but in a virtual one called Oasis. A world that is not only an escape for many, but holds a great treasure, hidden behind a series of puzzles. The clues and puzzles all involve 80's pop-culture, and millions of people have been searching to find the very first puzzle. No one has suceeded in doing so for many years, until a boy named Wade stumbles upon the first puzzle. Now the whole world is watching and racing to win this ultimate power and money. A world at stake. A quest for the ultimate prize. Are you ready?

Review...
Oh my goodness me, I cant wait for this book to be turned into a movie. It was so amazingly described and the world building was probably better than any book I've ever read before. If you have heard anything about this book, its probably that there are 80's references everywhere throughout the book. Seriously if you know 80's pop culture, you MUST read this book! And even if you don't, it is still such an amazing adventure to go on.

This book, its settings, characters and themes, are so wonderfully constructed. It will have you giggling with glee, while you read it. The real world that Wade is living in, is sharply contrasted with the magical utopia, that is Oasis. The characters are so real, they will both annoy you and inspire you. And the themes are built so subtly into the text, that you will slowly but surely grasp their importance.

Ready player one will draw you in to a world that you would never actually want to live in. But you will find yourself not wanting to leave while your reading. I cant say enough good things about this book. So I should probably say some bad things.

The only negative aspect of this book was the start. The first 100 pages were so different than the rest of the book, it was shocking. This is mostly because there is A LOT of info dumping. It sets the story up, and allows for the rest of the book to be so good. But seriously A LOT of dumping goes comes down. I would say get through the first 100 pages, learning about the world, and then enjoy the crazy ride!